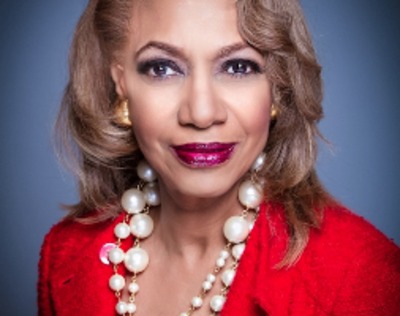 Ms. Spraggins, graduated from New York Law School in 1976, and went on to Harvard to receive her L.L.M. She currently works as Managing Director of Marketing for External Relations at the Bond Factory Company.

She is widely noted as the first African American female managing director on Wall Street (at Smith Barney). She was appointed by President Clinton as the director of the Securities Investor Protection Corporation. In 1994, she became co-chair and chief operating officer at W.R. Lazard, and in 2000 she was named CEO of Atlanta Life Insurance Company Investment Advisors.

Ms. Spraggins was a Super Delegate for New York in the 2008 presidential election. Past board memberships include the Apollo Theater and Africares. She has also served on the Executive Committee of the Congressional Black Caucus Institute. She is currently a member of the Steering Committee of The Wall Street Project, an organization founded by Rev. Jesse Jackson that advocates for minorities in the financial sector.

Before beginning her financial career she was an associate professor of law at NYLS and director of the school’s Urban Legal Studies Fellowship program. Ms. Spraggins was an NYLS trustee in the 1990s and received a distinguished alumna award from NYLS in 1992. In addition, her father, Roy Travers Spraggins was an NYLS alum from 1950.