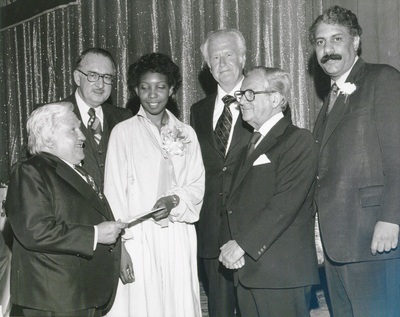 Justice Clare Henry (third from left), class of 1979, has been a High Court Judge for the Eastern Caribbean Supreme Court since 2004.

While attending NYLS, Justice Henry and Judge Waldon were both recipients of the Thurgood Marshall Scholarship, established by the New York State Trial Lawyers Association in 1966 to assist minority students. Judge Waldon, who received the award in 1970, participated in the 1978 ceremony (pictured above) where Justice Henry received her award.