Mark Conrad, Class of 1981, an Associate Professor of Law and Ethics at Fordham University 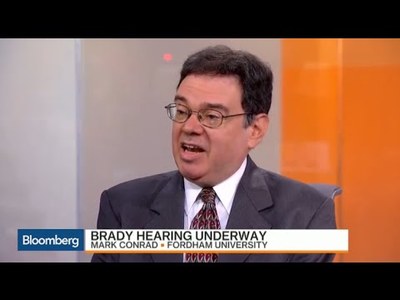 Mark Conrad earned his J.D. from New York Law School in 1981. He is an associate professor of law and ethics at Fordham's Gabelli School of Business, of which he is the Director. Professor Conrad joined the Fordham faculty in 1987 and, in addition to teaching sports law at the Gabelli School, also has taught courses covering contracts, business organizations, and media law.

Professor Conrad's work has appeared in academic, legal and general-circulation publications. His most recent book, The Business of Sports – A Primer for Journalists (Routledge, 2011), has been cited in leading journals. He is a frequent blogger for Sports Law Blog. He has been interviewed on CNN and for local television stations in New York, and he has been quoted in The New York Times, Christian Science Monitor and USA Today (online).