Marc Lasry, Class of 1984, Owner of the Milwaukee Bucks 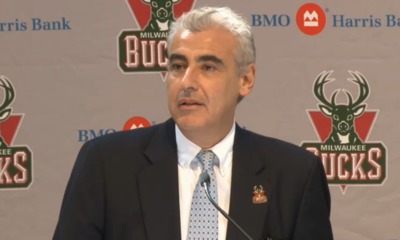 Marc Lasry earned his J.D. at New York Law School in 1984. He is a billionaire Moroccan-born American hedge fund manager. He is the co-founder and chief executive officer (CEO) of Avenue Capital Group and the co-owner of the NBA's Milwaukee Bucks.

While in law school, Lasry worked as a clerk for the Chief Bankruptcy Judge of the Southern District of New York, Edward Ryan. In 1989, Lasry and his sister Sonia Gardner founded the firm Amroc Investments with $100 million in seed money from various investors. In 1995 they founded Avenue Capital Group with $7 million of their own capitol. Initially the firm focused on distressed debt and special situations primarily in the United States. The partners expanded investments to include Europe and Asia and developed their hedge fund which had as much as $11 billion in assets under management.