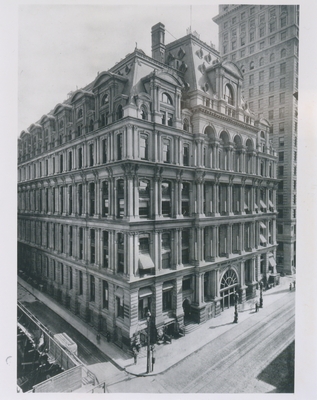 After New York Law School first opened its doors on October 1,1891, a New York Times article appearing the next day described the school's space in the Equitable Building as "office on the fifth floor and a big lecture hall on the eighth floor. The splendid law library in the Equitable Building, containing 13,000 volumes, is placed at the disposal of the new school."

The building, the first office building to feature passenger elevators, was destroyed by fire in 1912 but the Equitable Life Insurance Company erected a new one structure on the same site. That building remains at 120 Broadway.