Walter C. White, Class of 1899 was the President of White Motors. 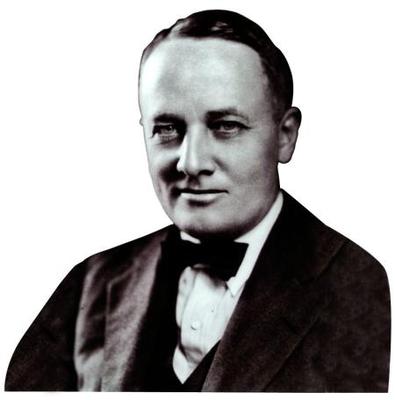 White graduated from New York Law School in 1899. He turned White Motors into a powerhouse of the steam automobile industry.

White Motors was the second ranked steam automobile producer in the industry, behind only Stanley. A White-designed racing car briefly held the world land-speed record in the flying mile. Thanks in large part to Walter's ministrations, White steamers attained White House peerage when one became the first motor vehicle used in an inaugural parade. The following year, Teddy Roosevelt grabbed the tiller of a White in Puerto Rico, the first U.S. president to drive an automobile.

White is credited with turning White Motors into a powerhouse truck manufacturer.

One of his rigs went to the Army Corps of Engineers and was successfully driven across Alaska. Walter White took the family business exclusively into truck production beginning in 1916, reorganizing it again as the White Motor Company. He also convinced the Army to buy Whites during World War I. Although its contemporary, the Mack Bulldog, was the truck that passed into American folklore, these early White one- and three-ton trucks were the ones adopted as standard Army designs, with the War Department buying about 18,000 of them in all. Their success under fire bred more business, including White's score in motorizing San Francisco city transit just after the war ended. White rang up more highly visible sales by designing and building the first sightseeing buses used in Yellowstone National Park.