Colby M. Chester, Class of 1900 was the President and then Chairman of the General Foods Corporation. 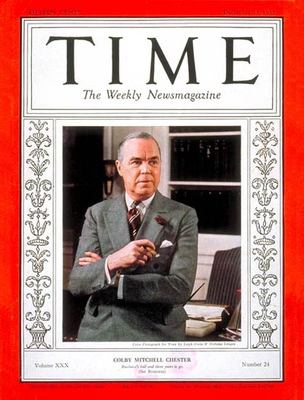 Under Chester’s leadership, General Foods’ annual sales rose from $25 million in 1924 to $120 million in 1935. In 1927, Chester began manufacturing Sanka Coffee, and in 1928, he acquired the Cheek-Neal Coffee Company, makers of Maxwell House Coffee. Chester continued his acquisitions, adding the Certo Corporation and the Frosted Foods Company in 1929 and the Dunlop Milling Company in 1931.