Charles Phillips, Class of 1993, is the CEO of Infor and on the Board of Directors at Viacom, Inc. 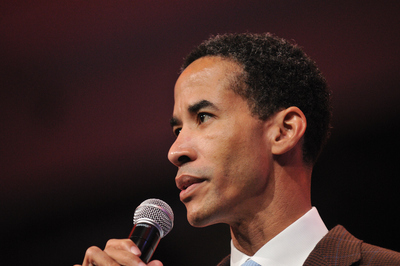 Phillips received his JD from New York Law School in 1993 and is currently the CEO of Infor. He has been heralded as the ‘Steve Jobs’ of business software. Similarly to what Steve Jobs did with David Kelly founder of IDEO design lab, Phillips revamped Infor’s software by creating an internal, 100-person design agency called Hook & Loop. This has been a big differentiator for Infor.

Prior to Infor, Phillips was President of Oracle Corporation and a member of its Board of Directors. During his seven and a half year-tenure, the company tripled in size and successfully acquired 70 companies. Prior to Oracle, Phillips was a Managing Director in the Technology Group at Morgan Stanley, where he was an Institutional Investor All Star for ten consecutive years.

Before his 18-year career on Wall Street, Phillips was a Captain in the U.S. Marine Corps in the 2nd Battalion, 10th Marines artillery unit. In 2012, Phillips was the guest speaker at the Marine Corps' 237th birthday ball for his old unit, after their return from Afghanistan.

Phillips holds a BS in computer science from the U.S. Air Force Academy, a JD from New York Law School, and an MBA from Hampton University; he is also a member of the Georgia State Bar.