Hon. Samuel Seabury, Class of 1893, was a New York State Court of Appeals Judge, former President of the New York State Bar Association, and the Democratic Nominee for New York Governor in 1916. 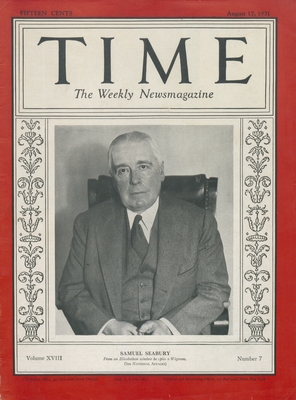 Samuel Seabury, Class of 1893, was former President of the New York Bar State Association, New York State Court of Appeals Judge, and Democratic Nominee for Governor in 1916. He was known as a progressive reformer in New York City, fighting against the corruption of Tammany Hall. He acted as the legal counsel for the Hofstadter Committee, a joint state legislative initiative charged with investigating corruption in New York City in 1932. The committee exposed mass corruption throughout the city’s judicial and law enforcement systems, eventually leading to the resignation of then Mayor Jimmy Walker in 1932.