Hon. Thomas G. Haight, Class of 1900, was a U.S. Court of Appeals Judge for the Third Circuit. 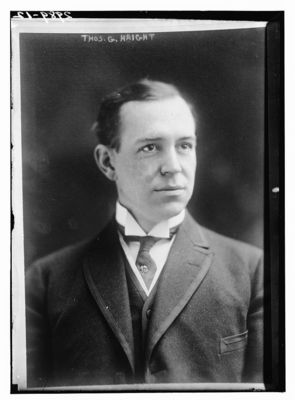 Haight was educated at Princeton University and earned an LL.B from New York Law School in 1900. He was in private practice from 1901 to 1913, although briefly serving as the city attorney for Jersey City, New Jersey. Haight was nominated by President Woodrow Wilson to a seat vacated by Joseph Cross on the United States District Court for the District of New Jersey, on February 3, 1914. He was confirmed by the United States Senate on February 18, 1914, and received his commission that day. On April 1, 1919, Wilson elevated Haight to the United States Court of Appeals for the Third Circuit through a recess appointment, to a seat vacated by John Bayard McPherson. Haight was formally nominated on May 23, 1919 and confirmed by the Senate on June 24, 1919, receiving his commission that day. However, he resigned on May 31, 1920, returning to private practice until his death.