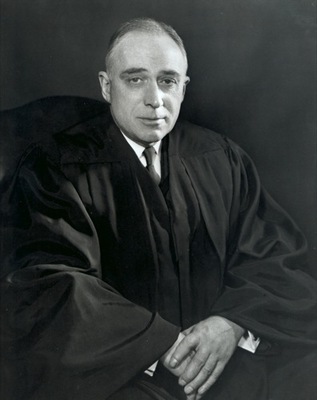 Justice Harlan's namesake was his grandfather John Marshall Harlan, also an associate justice who served on the Supreme Court from 1877 to 1911. He famously issued the lone dissent from the Court's 1896 decision in Plessy v. Fergusson.

In 1954 the junior Justice Harlan was appointed to the United States Court of Appeals for the Second Circuit, and a year later president Dwight Eisenhower nominated him to the United States Supreme Court, following the death of Justice Robert H. Jackson. Justice Harlan was known as the "great dissenter," based on his disagreement with some of the views of the Warren Court. Some of his opinions would later underlay the Court's decisions establishing a right to privacy.