Hon. Henry W. Goddard, Class of 1901, was a U.S. District Court Judge for the Southern District of New York. 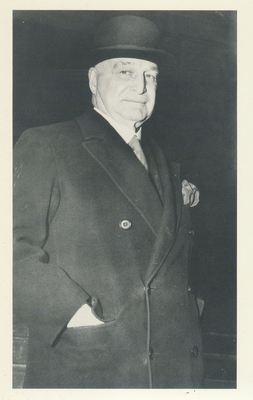 Judge Goddard was appointed to the bench in 1923 by President Warren G. Harding. He served as an active judge until 1954.

In criminal matters, Goddard was best known as the judge who presided over the second perjury trial of Alger Hiss, in 1949 and 1950, after Hiss's earlier trial before Judge Samuel Kaufman resulted in a hung jury. Goddard was more lenient in his evidentiary rulings than Kaufman had been, allowing both prosecutor Thomas Murphy and Hiss's counsel, Claude Cross, to elicit testimony that Kaufman had excluded, including the opinion of a psychiatrist who had examined the government's key witness, Whittaker Chambers. Hiss was convicted at the second trial, and Goddard sentenced him to five years in federal prison.