Hon. William N. Runyon, Class of 1894, was a U.S. District Court Judge for the District of New Jersey. 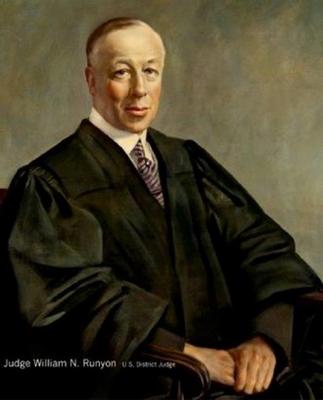 In 1923 Runyon was appointed Judge of the United States District Court for the District of New Jersey, and he remained on the bench until his death.

He was serving as President of the Senate when Walter Evans Edge resigned the governorship in order to accept the United States Senate seat to which he had been elected in 1918. At the time New Jersey had no Lieutenant Governor, so Runyon succeeded to the governorship. He served from May 16, 1919 to January 13, 1920. Runyon was defeated in the 1919 Republican primary for Governor.