Gerardus Post Herrick, Class of 1897, was a Lawyer & Engineer, and is Considered the Father of the Convertoplane. 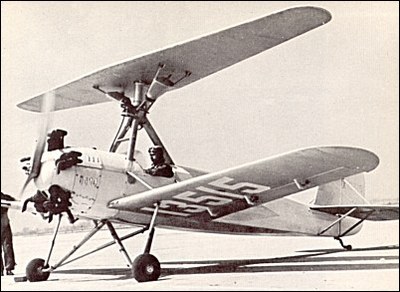 Geradus Post Herrick was a lawyer and engineer who is known as the inventor of the convertible aircraft. Herrick graduated from Princton in 1895, and then received his LL.B from New York Law School in 1897. In 1911 Herrick founded the Herrick Engine Co. to market and research a balanced rotary engine. During World War I, he served as a captain in the Army Air Service (1918-19) where he was really bitten hard by the aviation bug. After the war he decided to focus his efforts and creating a safer plane so that more people would feel comfortable flying.

In 1930 he formed the Vertoplane Development Corporation of New York. With funding from his own pocket Herrick developed the concept of the convertible aircraft, which could operate both as a fixed-wing airplane and as a giroplane.

He continued to develop the convertible airplane concept, including designs with both powered and unpowered rotors. In the immediate post-World War II years, he changed the company name to Convertoplane Corp and unsuccessfully lobbied financial interests and the government for support. He remained the president of Covertoplane and stayed active in the development process until his death in 1955.