John W. Olivo Jr., Class of 1988, is Credited as One of the Principal Inventors of the "V-Chip" Technology. 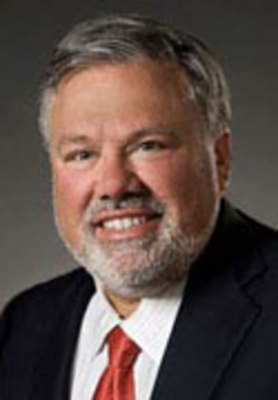 John (Jack) W. Olivio received his J.D. from New York Law School in 1988. Prior to attending New York Law School, Jack was employed as an electrical engineer with RCA Astro-Electronics in Princeton, engaged in the design of communications systems that are used today in connection with direct broadcast satellite communications and defense satellites. Jack is a 1984 graduate of Lafayette College in Easton, Pennsylvania, with a Bachelor of Science degree in Electrical Engineering. He serves as an advisor to the school’s Board of Trustees on matters involving the implementation of new technology.

Jack formed the Olivo Law Group, PC, and was a founding partner of the intellectual property law firm of Ward & Olivo, which had offices in New York City, Summit, New Jersey, Marshall, Texas, Dallas, Texas and Hartford, Connecticut. The firm, founded in 1992 and strategically dissolved in 2011, handled a wide range of intellectual property matters including patents, trademarks, copyrights and trade secrets.

Olivo holds several patents on v-chip-type technologies. Jack has been credited as one of the principal inventors of the “v-chip,” which regulates the amount of violence transmitted by electronic media such as televisions, DVD players, video games and so forth. The first patent, issued in 1989, allows a v-chip-equipped TV to detect the signal that tells the chip the rating of the show being broadcast. For instance, if a parent sets the v-chip to play nothing above a TV-G program, the child will see a blank screen if he or she tries to watch an R-rated movie.