Richard LaMotta, Class of 1975, was a Lawyer, Entrepreneur, Business Executive, and Inventor of the Chipwich Ice Cream Sandwich. 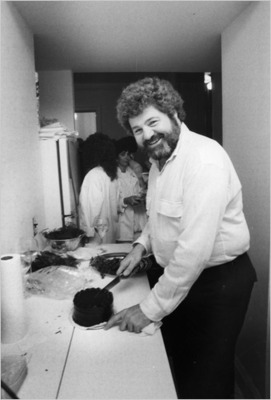 Richard LaMotta, class of 1975, was the inventor of The Chipwich. LaMotta employed a guerrilla marketing technique by hiring students to sell the Chipwich out of carts akin to hotdog stands. The Chipwiches became so popular that at one point his two Chipwich plants were churning out 200,000 a day!

At the time LaMotta invented the Chipwich, he was a co-owner of The Sweet Tooth ice cream parlor in Englewood, NJ. He held a contest to come up with a name for his novel ice cream sandwich.

A mother who lived in the area submitted, using her daughter's name, "Chipwich," saying it was the first one that came to mind. For winning the contest, the daughter received a one-year supply of Chipwiches, and a $10,000 scholarship, which she used to help pay her tuition to Tulane University.