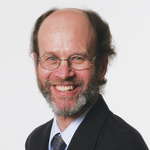 An award-winning author on legal ethics and an expert in clinical legal education, constitutional law, and South African law, Stephen J. Ellmann also pursued his deep interest in legal education through his work as Director of Clinical and Experiential Learning.

In 1985, he started the Clinical Theory Workshop, which met first at Columbia, where he was Associate Professor of Law from 1983–1992, and thereafter at New York Law School. The discussion series brings law professors from around the nation to present papers on various aspects of clinical education. In 2010, NYLS hosted a conference celebrating the Clinical Theory Workshop’s first 25 years, with some 150 people in attendance and 32 papers illuminating the theme: “Twenty-Five Years of Clinical Scholarship: What Have We Learned, and What Should We Work on Next?” As a clinical scholar himself, Professor Ellmann wrote extensively on the skills and ethics of lawyers’ interviewing and counseling of clients. Also writing about broader questions of legal ethics, he earned the Sanford D. Levy Memorial Award from the New York State Bar Committee on Professional Ethics for his article, “Lawyering for Justice in a Flawed Democracy.”

Long interested in South Africa, he co-chaired NYLS’s South Africa Reading Group, an interdisciplinary group of scholars who study South Africa from a variety of perspectives. He wrote extensively on human rights in South Africa, both under apartheid and in the newly democratic nation that has followed the end of apartheid. He received NYLS’s Otto Walter Faculty Scholarship Prize for 2016, for his article, “The Struggle for the Rule of Law in South Africa.”

After the September 11 attacks, he also worked on issues of war and emergency power. He wrote on racial profiling as a response to terrorism, discussed New York City’s random subway searches on WNYC’s The Brian Lehrer Show, and published a critical analysis of war powers in the post-apartheid South African constitution.