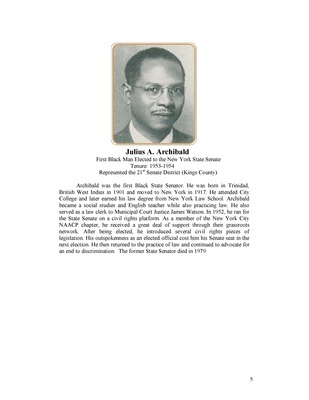 Julius Archibald became New York's (and the nation's) first black state senator when he was elected to that position in 1952. At his swearing-in ceremony on January 16, 1953, he said "I want it to be known that I am not a Negro Senator, but a Senator who happens to be a Negro. I am here to represent all people of my district and of the State of New York."