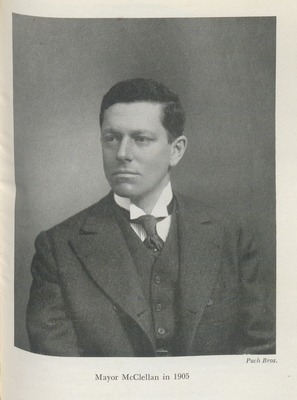 After attending New York Law School and subsequently passing the bar, George McClellan, the son of General George B. McClellan Sr., was elected in 1894 to the first of his five terms as a congressman. In 1903, he successfully ran for New York City mayor defeating the incumbent Seth Low handily. While in office, McClellan presided over the openings of the New York Public Library and Grand Central Terminal, and participated in the inaugural run of New York city’s first subway line in October 1904.