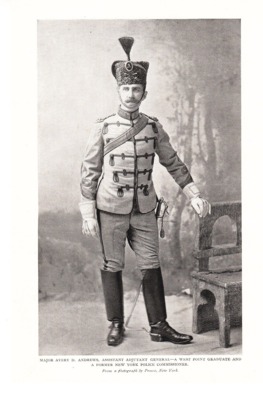 Avery Delano Andrews, who graduated from New York Law School with the first class in 1892, served as New York City's Police Commissioner from 1895 to 1898. He then became Chief of Staff to New York Governor Theodore Roosevelt and Adjutant General of the state. Andrews was a West Point graduate and served in the Spanish-American War and as assistant chief of staff to General John J. Pershing in World War I. He achieved the rank of Brigadier General. Andrews's April 20, 1959 obituary in the New York Times notes that while Police Commissioner, Andrews organized the city's first bicycle squad, which he staffed initially with four athletic men who were stationed in locations where runaway horses were frequent. According to the obituary, the squad stopped so many runaways that in less than a month it was increased form four to 100.