The 1935 trial of Richard Hauptmann, a German immigrant who was charged and convicted of Kidnapping the Lindbergh baby in 1932. 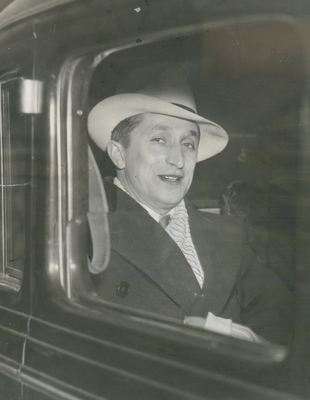 The 1935 Hauptmann Trial featured the prosecution of Bruno Hauptmann, a German immigrant who was charged and convicted of Kidnapping the Lindbergh baby in 1932. Known as the “Trial of the Century,” the trial began on January 3, 1935, at Flemington, New Jersey, and lasted five weeks. Led by New Jersey State Attorney General and New York Law School Alumnus David T. Wilentz, the prosecution used primarily circumstantial evidence to support their case. The jury found Hauptmann guilty and sentenced him to death. Hauptmann appealed to the decision to the State Supreme Court, which upheld the lower court’s decision and resulted in his execution in 1936. Some reporters and independent investigators came up with numerous questions regarding the way the investigation was run and the fairness of the trial.