Kenneth E. Demarest, Who Attended New York Law School from 1922 to 1924, Was a Founder of Demarest & Almeida, One of Brazil’s Most Prestigious Law Firms. 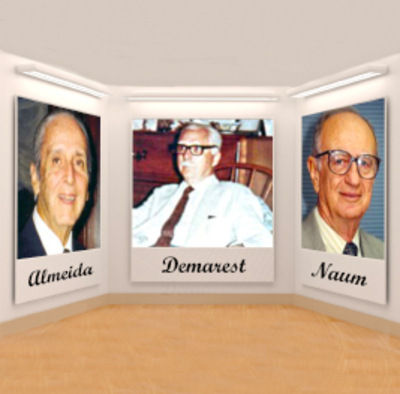 Kenneth Demarest enrolled in New York Law School after graduating from Princeton University in 1920. He was admitted to practice in New York after passing the bar examination, although he did not complete his law school studies. He spent several years working as in-house counsel for a company that posted him to Brazil. He served in the American Navy during World War II and returned to New York afterwards, where he spent two years working for Willkie Farr & Gallagher. He returned to Brazil in 1947 and, in 1948, partnered with João Batista Pereira de Almeida to form Demarest & Almeida in Sao Paulo. This image from the history section of the firm’s web site shows Demarest in the center and Almeida on the left. Naum Rotenberg, on the right, was the first additional lawyer the firm hired, in early 1951. Demarest retired in 1963 at the age of 63 and returned to the U.S. In 2013, the firm, which at one point had over 300 lawyers, formally changed its name to Demarest Advogados to reflect the significant name recognition Demarest had developed.