Bainbridge Colby, Class of 1892, Secretary of State under President Woodrow Wilson, 1920-1921, and Co-Founder of the National Progressive Party 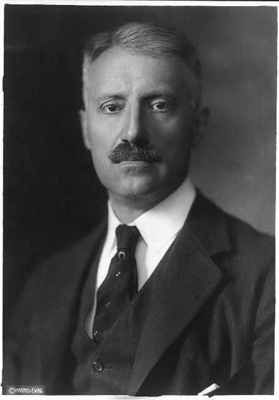 Bainbridge Colby graduated with the first class from New York Law School. An April 12, 1950 obituary appearing in the New York Times described him as "a brilliant lawyer." Prior to serving as President Wilson's Secretary of State, he spent eighteen years as a member of the New York state legislature. He received honorable mention in the 1933 list of Pulitzer Prize awards based on an editorial he wrote for the Hearst newspapers on freedom of the press. In his role as Secretary of State, Colby signed the proclamation announcing the effectiveness of the Nineteenth Amendment after it had been ratified by the states. An August 27, 1920 headline in the New York Times reads: "Colby Proclaims Woman Suffrage."