Hon. Andrew M. Mead, Class of 1976, is an Associate Justice of the Maine Supreme Judicial Court. 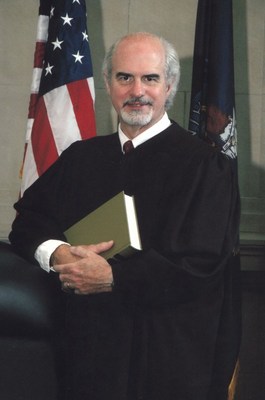 Justice Mead was a member of the Bangor, Maine, law firms of Paine, Lynch & Weatherbee and Mitchell & Stearns. He is a past President of the Maine State Bar Association. He was appointed to the Maine District Court in 1990 and the Maine Superior Court in 1992, where he served as Chief Justice from 1999 to 2001. He was appointed to the Maine Supreme Judicial Court in 2007. He has served as judicial liaison to the Maine Rules of Evidence Advisory Committee, Chair of the Judicial Education Committee, and Chair of the Task Force on Electronic Court Records. He serves as Chair of Maine Justice Action Group and liaison to the John Waldo Ballou Inns of Court, and is a member of various court technology committees and groups. He is a former member of the University of Maine adjunct faculty.